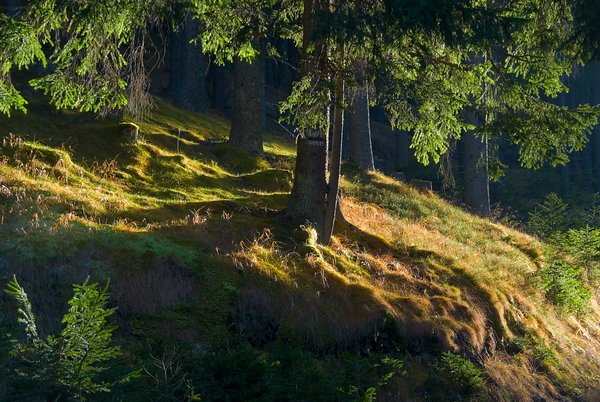 Well, much better today. In the early afternoon I took the car and drove west, towards Villach. The fog vanished after only a couple of kilometers, though I was told that at home it stayed all day.

My target was Gerlitzen, a mountain north-east of Villach. I took the western road from Treffen, because that’s nearest the highway. After about one hour I was on the parking site at Kanzelhöhe, 1524m above sea level and in glorious sunshine. From there I went almost all the way up to the summit and finally turned back at about 1900m when the sun set.

Btw, this is the first time I used links to Google Maps, and that’s something I’ll do on a regular basis from now on. My home in Carinthia, for instance, is in Franzendorf, which is a part of Ludmannsdorf.