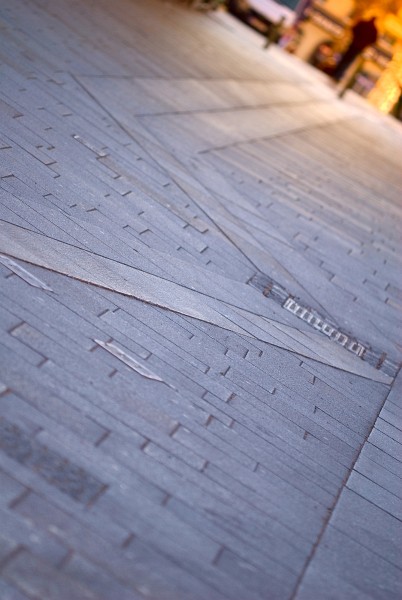 Today I did something funny that I really should do more often. Can you remember when in December I was “66 - Tangled Up” in choices about which macro to buy? I settled for the Sigma 150/2.8, a massive lens without image stabilization. Don’t get me wrong, it isn’t that I didn’t use it in all the time, no, there were a mini-pumpkin, an orchid, a rose, all those predictable things that we use macro lenses for … and it bored me.

This doesn’t mean that I find macro photography in general boring, at least I don’t think so and I’ll do more of it, but the amazing thing is, that in all that time I have not used this fantastic lens even once as a normal prime, just for walking around and taking pictures as I go.

It was a revelation. I love primes. There is nothing better than mounting an awkward focal length prime (and 150mm is awkward on a crop-factor camera) and going out to do some general photography. When it starts to get difficult - as it will do right from the beginning - don’t even think about changing lenses. See the world through a fixed-size frame. Let it restrict you and be free to be creative. I’m lovin’ it.

I have titled this image “Passage”, suggesting maybe a passing from life, maybe only change (sounds like I’m explaining tarot cards 🙂, but apart from these rather sober associations, there was always a second thread mixed into my emotions about the image, a cheerful one, because I instantly knew (and this was also a rival for the title) that the Song of the Day would be “Walk Of Life” from the Dire Straits’ 1985 album “Brothers in Arms”.