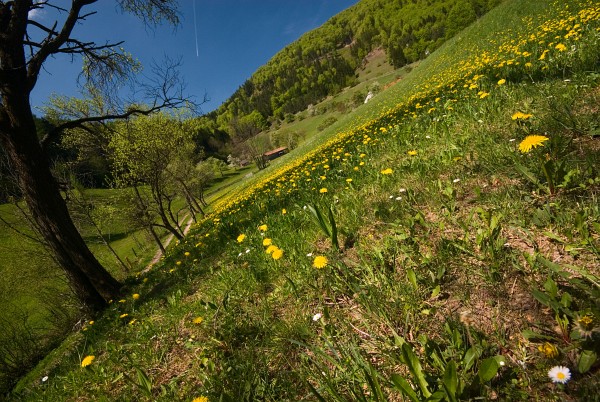 This is an image from Thursday. I am one day late and this is not for having had no material. I made a trip out of Vienna, just on the right day at the right time of the year. Weather was marvelous and higher up on the hills the meadows were still full of dandelion blossoms.

Rodgers & Hart’s “Mountain Greenery” is the Song of the Day, interpreted by Mel Tormé 1954 “Live in Hollywood”, released as CD in 1992.

I tell you what: I probably should go along now, catch up and post the image of today, but I won’t. It’s past 1am, I am tired and tomorrow is another day 🙂