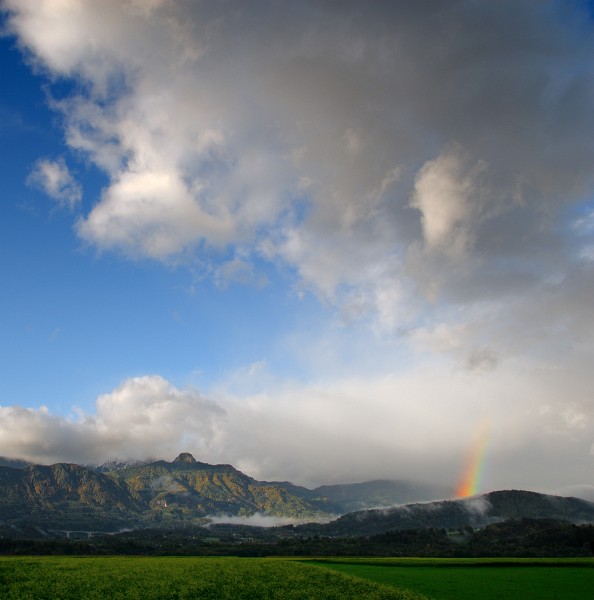 In the morning I was in a hurry to get to Villach. When I left our house, I was surprised: the rain had stopped, bizarre clouds drifted low and fast, and in the south-west there was even a patch of blue sky.

In a perfect world I would have been on a hill or a small mountain with good sight in all directions, taking image after image, but instead I was in the car, driving. When I saw this scene though, I simply could not resist.

"Somewhere Over The Rainbow” has been covered many times, I have at least 9 versions, and today we go for one of the more exotic. No one else but Eric Clapton has sung it for some time as closer in his concerts. You get it on his live double album “One More Car: One More Rider”, that’s where I heard it first, but you can also see at least two other versions on YouTube. The one from his “Reptile” tour is the one I like most. Enjoy.

Cliché landscape shot, hmm...? Ah, well - there is a reason, why it is a cliché. Gorgeous!