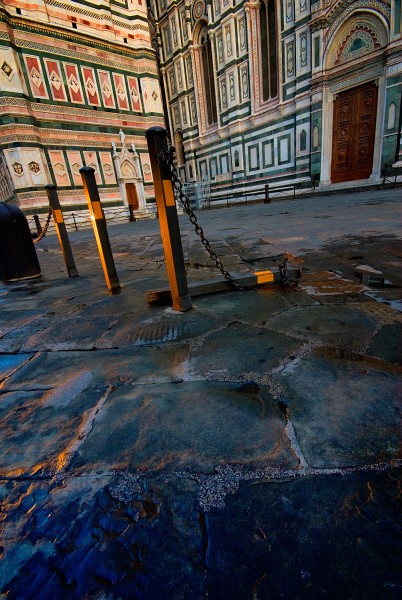 Yesterday’s food is from the can. I was short on time in the morning, and when I left for the train, the light was utterly flat and uninspiring. I could have delayed photographing to the evening, but on the other hand I had plenty of time for post-processing while on the train.

I always carry a bunch of files with me in a folder “TODO”, and for lack of anything better to do, I began processing some of them.

The decaying house front is not far from where I live. When I am late and take the way to work via the Underground, I always pass by, but this particular image was taken about a year ago, in the afternoon. I used my Nikon 50/1.2 and was on the way to a concert where I wanted to use this fast lens.

The next image, a garbage can in Mariahilfer Straße in Vienna, was taken last August with the then new Sigma 20/1.8. It was early morning on a bright day with blinding sunlight, and I liked the contrast between the modern design and the traces of … uhmm … neglect.

The final image, the Image of the Day, is from that Sunday morning in Florence/Italy when I was photographing with my friend Ted Byrne. This image was taken while Ted was on the other side, making the first image that he posted from Florence.

This is one of those images that I always wanted to process. I tried it one time and did not particularly like the result, so it went back into the “TODO” folder. Much to Ted’s annoyance I took all my images that morning from the tripod and I really took my time. Just as I was satisfied with the framing, a white car drove by to park in front of these poles, right in my image. I pressed the shutter only a second before. The sidelight is from the car’s head lights. While the original would have been nothing but a failed attempt, this side light makes the image, and that’s also what was so hard to bring out in post-processing. I was just a lucky man 🙂

The Song of the Day is “Lucky Man” from ELP’s 1970 debut album “Emerson Lake & Palmer”. See something like a video on YouTube.

Your right Andreas the white car works as perfect reflector throwing more warm light into the scene. I like how the foreground as a cool blue tone and the background has warmth. The opposite of what you would expect form a landscape type scene.

The car makes those posts jump out and link the 2 tones together.

Hello A.,
thanxs for leaving a trace in my blog. Very lovely picture. I like the colors, the structure of the basement and the beautiful light. the car was a gift.
sunny greetings

Andreas, gorgeous colors on this one! I just try to imagine the picture with a dirty grey foreground as I experience it so often - and therefore seem to fall in the trap of replacing seeing with anticipation sometimes.
So here you did an excellent job on invoking and enforcing the powerful colors of an italian morning. Thank you for this eye-opener.

I love the colors and hues in this this one Andreas.

nice one - i like the blue flagstones in the foreground. Notice you like to have a strong vertical element in your photos

funny title. this is right where i found money on the street!!

Reminds me of an episode when we were in London for the first time. In the middle of Soho we found a 100 Schilling (then the currency of Austria) note in the middle of the street 🙂