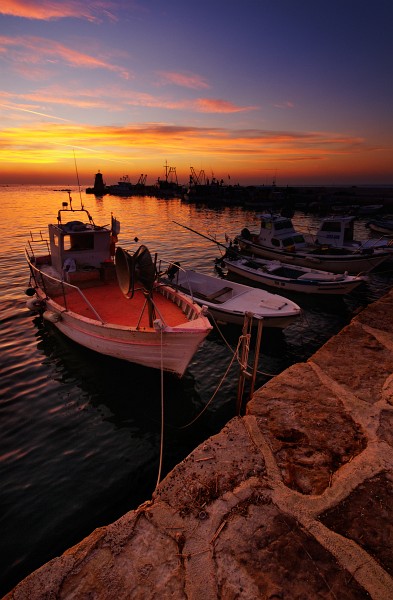 It’s 17 months now since the last time that I’ve been to Savudrija, a fabulously picturesque fishing harbor in Croatia. Honestly, I have no idea why I keep my visits so sparse.

From Villach, it takes about 2.5 hours to get there. It would even make sense to enter the car in the morning, spend most of the day swimming, and return in the evening. After dinner, of course, and probably at another time of the year 🙂

Yesterday, with all holiday business past, the lure of the sea was strong, and it was a good feeling to get out of the snow, into a mediterranean landscape that even in winter keeps its southern charm. This time it was not nearly as warm as last time (see “142 - A Trip to the Sea” and “164 - I Remember Croatia"), but that did not take away from the experience.

The Image of the Day was shot with the Sigma 10-20 and put through quite some Photoshop treatment, the other image is from the Sigma 50/1.4 at f2.8 and straight from the camera. I came back with 170 images and should probably process some more, but I really want something posted now, and those two may well give you a feeling.

The Song of the Day, “The Lure Of The Sea”, is once again by The Beautiful South, a band that commentary on Amazon.com describes as

”… a band whose obstinate Englishness earned them enormous popularity in the U.K. and a decade’s worth of total obscurity in the U.S."

The song is from their 1999 album “Quench”. Unfortunately I have found no video, but at least Amazon has a sound sample.