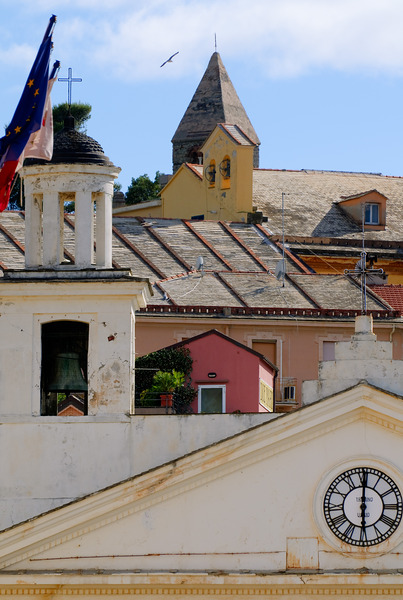 I do have a few images of today (well, yesterday actually, as it is 4:15 in the morning now), nothing really good, so I don’t bother spending an hour in Photoshop, trying to wrestle it into a form that I can accept. Instead I have another image from Italy, taken in Sestri Levante while we spent an hour, hungrily waiting for the first restaurants to open. But at least it was not Madrid, where you’re frowned upon, when you come as early as 9pm 😄

The Song of the Day is “Six O' Clock” by The Lovin' Spoonful. Ten years ago I bought a double CD with “Everything Playing” (where this is on) and “Do you Believe In Magic”. Can’t say I have heard it much, but here it is. I have no idea who’s really interested in that “Song of the Day” thing that I do, but I can tell you, I benefit greatly: I dig through my own music 🙂