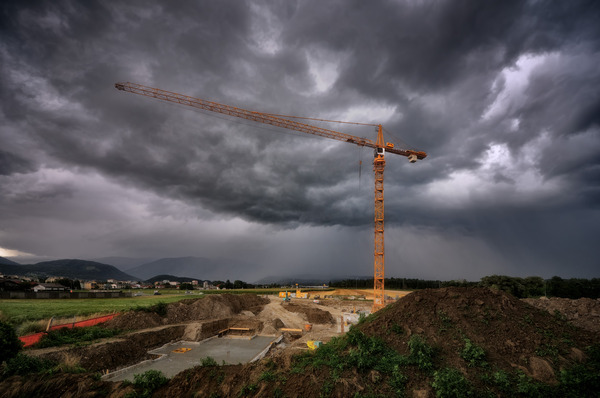 Funny, I had thought these images were from Saturday. Now it turns out I shot them on Friday afternoon. Oh well, I did a lot of work over the weekend, seems I got a little confused.

It’s not that great an image, I just had to take it, because this was the overture to one of the most violent rainfalls that I’ve ever seen. When finally the rain began, I used the time for a pause and a nap. There’s nothing better than sleeping when the rain drums 🙂

I have not countless, but quite a lot of versions of Harold Arlen’s “Stormy Weather”. Contrary to my normal habit I present a version here, that I don’t own, but it’s a version that I dearly love: Elisabeth Welch’s performance in Derek Jarman’s interpretation of “The Tempest”. Honestly, it’s too long that I saw the film, I can’t remember how it was, but I do remember that scene towards the end (or was it the end?) when Mrs Welch came in and began to sing. Incredible! YouTube has a good version, but of course the effect of the sudden transition is lost. Still, you may like it 🙂