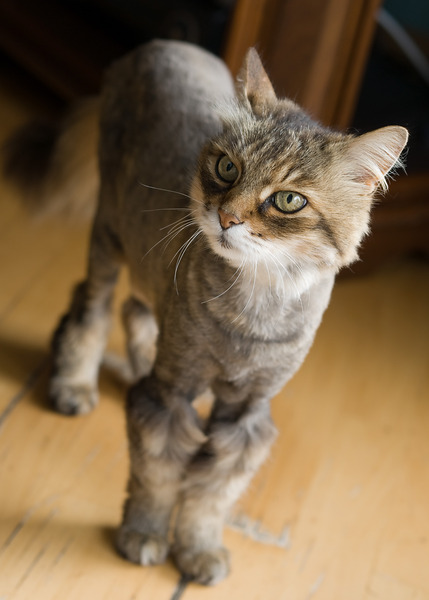 This is Tonto, our poor little cat. When we went to Villach, we had to leave him behind. Well, regardless of how much you love a cat, you can’t take him from a house with garden and a forest behind, to an apartment in a city. Not after 13 years.

Well, he’s 15 years now, and a month ago his hair was so matted, that he had been given a close shave. Even after a month he still looks much like a poodle. We were there because we had to bring him to the doctor for a vaccination refreshment.

The Song of the Day is “Cut My Hair” by The Who and from the soundtrack to Quadrophenia. YouTube has it.