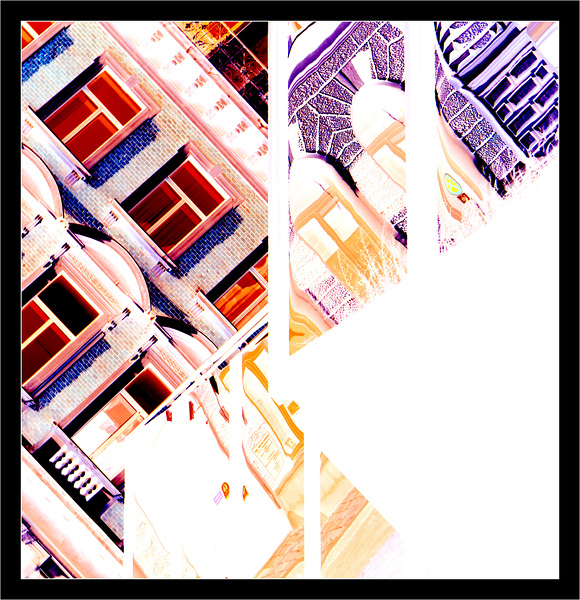 Yesterday Roland had an image on his blog that was inverted. A night scene became an interesting piece of abstract art.

When I took this image today, I didn’t do it with the intention to follow Roland’s lead, but now that I’ve tried it, I like the result better than the original. While Roland’s image used a straight inversion, this one uses the Photoshop curves preset “Color Negative”.

The Song of the Day is “Disoriented” from a two CD remastered release of Michelle Shocked’s 1988 album “Short Sharp Shocked”. The second CD contains alternative versions of most of the original tracks plus a whole bunch of previously unreleased songs.

Disoriented was not available on YouTube, now it is 🙂

The original is such an interesting point of view that it took my brain a few moments longer than usual to wrap around its perspective. But I like it as well as your inversion. I've never tried the "Color Negative" preset. Will have to do so.