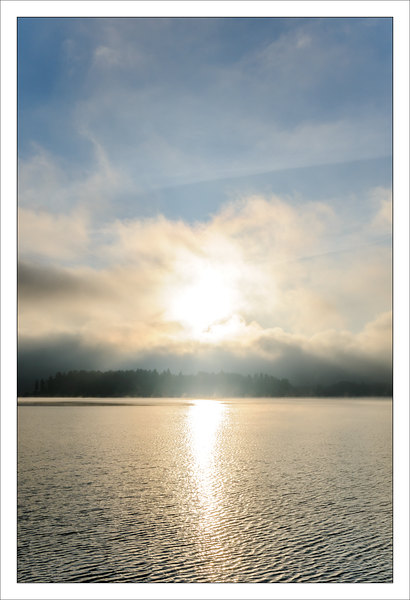 I just had to try them, and looking for an image I found these two, taken in mid-November. Actually I didn’t like the strong vignetting of the original presets at all, but they were a start, and with some experimenting I arrived at what you see.

The result looks pretty natural to me, pleasing and without the oversaturated look that you see so often. I can remember having tried to work on one of those images the day I took them, but then I came to no conclusion and instead took another image.

“Untold Stories” is from Sinead O’Connor’s 2005 album “Throw Down Your Arms”. Hear it on YouTube.

Was the smaller image below the main one the result of applying a preset? It's a very nice shot with the sun's disk showing through the clouds...

The upper image is the result of a strongly modified preset, the other had simply copied its development settings from the first.