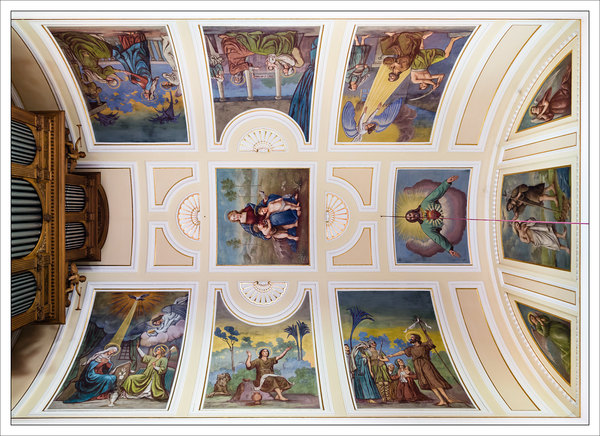 Wednesday. It was beautiful, I took the car and drove around most of the afternoon. Again I was at the shores of Wörthersee, Carinthia’s biggest lake, but this time it was not in Velden but in Pörtschach. 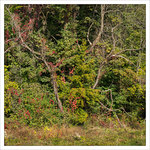 While I was there I made some images of colorful autumn leaves, and I also went to find out where Pörtschach’s center may be.

You know those tourist villages where everything is the same as everywhere else? Well, it is not as bad in Pörtschach, there’s some nice turn-of-the-century architecture, a small castle, but there is nothing that looks like a historical center. It’s funny for me having to ask such questions. I’ve been living in Carinthia for almost half a century and I still don’t know the center of a village 30 kilometers from where I was born, but that’s the nature of the world.

You can fly to faraway places, you can think you have seen it all, but in reality you don’t know your own backyard. Transport takes us far away in no time, but it does not make the world even a little bit smaller.

To look for a center means to look for a church, and really, off the main road through Pörtschach, on the other side of the railway tracks, I found a square with two churches, a new protestant and a not-so-old catholic. In the end I found nothing like the usual square with church, inn and shop, nothing that looks really old and organic. It seems Pörtschach went from a few farm houses to tourist attraction in very short time.

The image of the painted ceiling is from the catholic church. I’ve added the original JPEG from out of the camera. I think the difference is pretty remarkable. All this has been done in Lightroom, no Photoshop was involved.

Perspective correction is not as easy as in Photoshop, but you see, I got it pretty straight. The church has big windows, light came mainly from one side, and as a result I had uneven lighting with different color temperatures. All no problem. You’ll have to wait for the next post to see a need for Photoshop 🙂

The Song of the Day is “Heavens Above” from the widely disdained 1987 Style Council album “The Cost of Loving”. Hear it on YouTube.

A great demonstration of what is possible in Lightroom. I sometimes feel I should be using Photoshop more, but like you, I get great results in Lightroom so why bother? This is a wonderful image and so nicely framed and squared up. And a very interesting subject too. John

Oh, we've got a lot of them. That's pretty much the stock type of church around here, and it's not even really old.