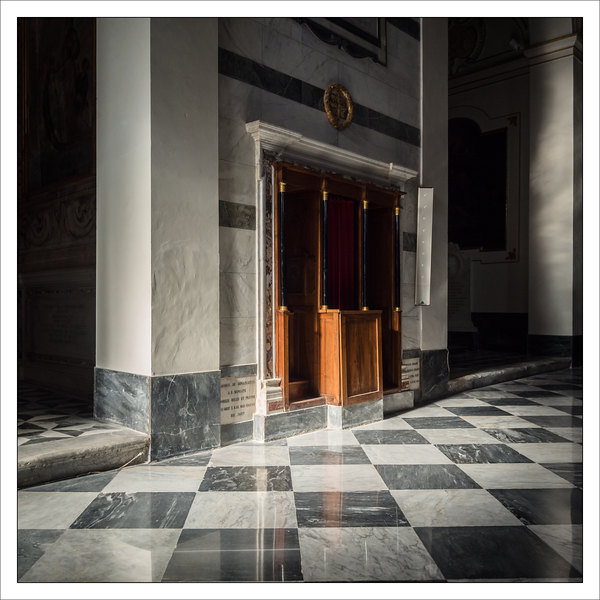 This is a confessional in the cathedral of San Miniato, a town in the hills west of Vinci. It struck me as a place of power and dominance. Certainly there is nothing humble to it 🙂 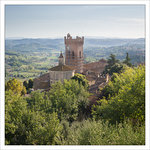 The cathedral of San Miniato and the medieval tower erected for Emperor Frederic II in the 13th century were both blown up by retreating Nazi forces in 1944, a hideous war crime, especially because the cathedral was full of people seeking refuge. Interestingly enough neither the German nor the English Wikipedia pages mention the event, usually referred to as “La strage del Duomo di San Miniato”.

The tower of Frederic was reconstructed in 1958, and from there I have taken the image to the right.

The image on the left side was taken from the platform at the foot of the tower. 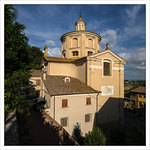 The final image is of a small and lovely elegant church in baroque style, the Chiesa del Santissimo Crocifisso. There was a wedding in progress and we only saw it from the outside. Maybe next time. I’m sure I won’t take another 23 years until Mario and I meet again 🙂

The Somg of the Day is “Have A Talk With God” from Stevie Wonder’s 1976 album “Songs In The Key Of Life”, maybe his best album ever. Hear it on YouTube.