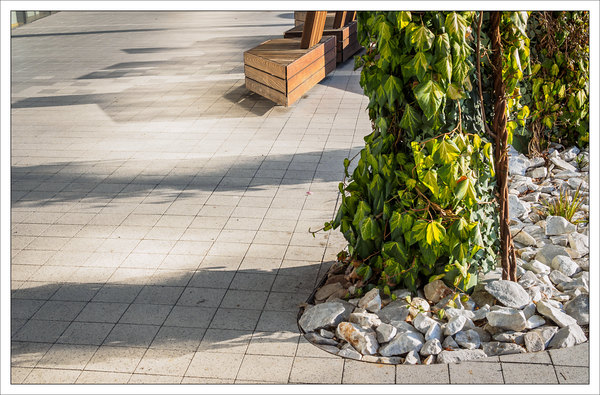 Well, you may have seen Robin Wong’s Review (starting here), you may have read some others, and basically everyone seems to agree that you get what you pay for. It’s slightly cheaper than the Panaleica 25/1.4, some people prefer the Panaleica, some the Olympus, it’s less size and weight against a slightly wider aperture.

Does it matter? No. Not in this image, not in most of my images. Does it fringe purply? Sure it does. Open it up and shoot branches in front of a blown out sky. How much? Five pixels in Lightroom. That’s maybe slightly better than the Panaleica on Olympus cameras, wildly better than the 20/1.7 and the 14/2.5. In fact it’s negligible as is fringing on the Panaleica, much opposed to how the other two lenses perform.

Does purple fringing matter? Nope. Not on the Oly, not on the Panaleica. Five pixels under those extreme conditions, that’s something that Lightroom does away with easily. Just forget it.

Apart from that everything is as expected: autofocus is instant and precise, the lens does not rattle and after the (superb!!!) 12-40/2.8 the lens feels incredibly light. Oh yes, I’ve almost forgotten: we seem to have worn Olympus’ resistance down, they now include lens hoods.

Anything else? No. Not really. It’s a lens. A good lens but just - a lens. I’ve had some of them. It’s my job to make the pictures, and while it’s easier with a good lens than with a shard, well, I’ve made some decent pictures with shards as well 😄

The Song of the Day is “Light Of The Morning” from the Band Of Skulls album “Baby Darling Doll Face Honey”. Of course I’ve found them on Spotify while searching for “Morning Light”. My first impression of the song was, well, not bad but nothing exceptional, but now that I’ve heard the album, I can really recommend it. Hear the Song on YouTube, and if you don’t instantly like it, I’d recommend “Honest” or the wonderful “Dull Gold Heart”.