Speaking of bicycles: you know, I don’t see that many of them where I live and work now, and therefore they have practically vanished from my work. Maybe I should more often get into Vienna’s center again and - most importantly - take my time when I’m there. 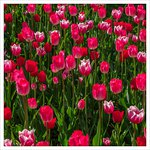 At the moment I am looking through my old images. There are a little more than 7000 since 2006, that have been processed and mostly used on this blog. Since I bought the new iPad, I’ve put all of them on the tablet, and while I was at it, I’ve put them on the Mac and on my phone as well. Which means: I’ve started to browse them again.

I haven’t done that at any time. There were too many of them for my small devices. Now my phone has 64 GB, that’s enough for my images, the German Wikipedia (without pictures), plenty of Kindle books, all of my productivity apps, offline maps, and I still have 16 GB of free memory.

At the moment I have finished browsing through the images of 2006 through 2009. Lots of bicycles, lots of shallow DOF, lots of creativity. Hmm … compared to 2009, my current work looks pretty bland. And I guess that’s what it is. I think I should really put more time into photography again, do it more regularly again, daily even 🙂