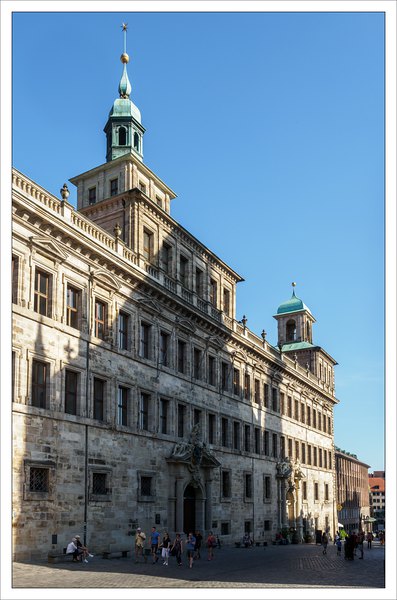 City Halls tend to be pompous and Nuremberg is no exception. Taken out of context, I’d have said it looks distinctly Italian, at least if you ignore the towers on top.

The old City Hall was one of the last representational buildings before the city lost much of its importance in Germany and most of its tax income.

As so much in Nuremberg (and actually in many german cities), the City Hall was severly damaged in World War II. What you see today is a reconstruction, albeit a pretty good one.