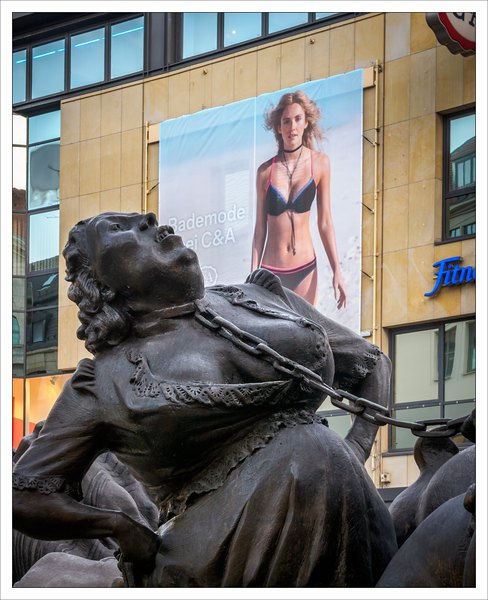 It was created between 1977 and 1982 and covers a discharge ventilation shaft of the Underground line below.

At that time many people saw it as exceedingly vulgar, but as it happens so often, today it is one of the most famous pieces of modern art in Nuremberg and a major tourist attraction.