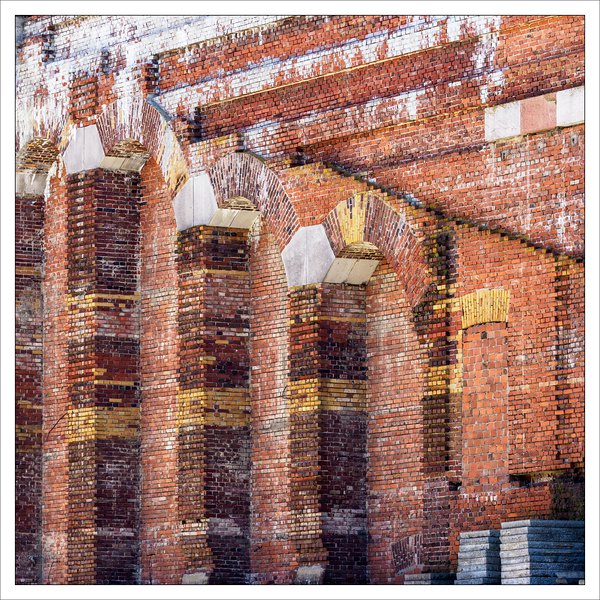 Is this immoral architecture? Is there something like that at all? Can we enjoy seeing it? Should we? Were it better to tear those buildings down?

Nazism and the Holocaust are among the greatest crimes of all times, that’s for sure, but are they the singularly greatest? Are they not only among the best remembered, because, far as they are for most of us living, they are so much nearer than what for instance happened in ancient Rome?

No, I don’t try to make excuses. If you are a long-time visitor here, you know that Nazism is not my thing and neither is any form of totalitarianism. But really, that out of the way, let’s get to my original questions. Can something be Art that has been built by slaves?

Well, seemingly time softens our judgement. Hardly anyone would consider tearing down Roman buildings because of the slave labour involved. Yes, yes, I know, the Romans didn’t try to extinguish whole peoples.

Didn’t they? Well, as a Jew you could easily feel persecuted in the Roman Empire from time to time.

And think of wonderful ancient Mesopotamia, the cradle of all culture: The victors there made it a habit to enslave and resettle the survivors of conquered cities. In middle-eastern empires it has been a long-standing policy throughout the millenia to control enslaved nations by dispersing them. The Assyrians did it, the Babylonians did it, and so did the Empire of Byzantium, the Ottomans and recently the communist Russians.

They did not use gas, but is that not only because they didn’t have the means?

There is no end to the cruel imaginations of mankind. Even in the 20th century, Nazism was only one out of many totalitarian atrocities. It has just been defeated like no other.