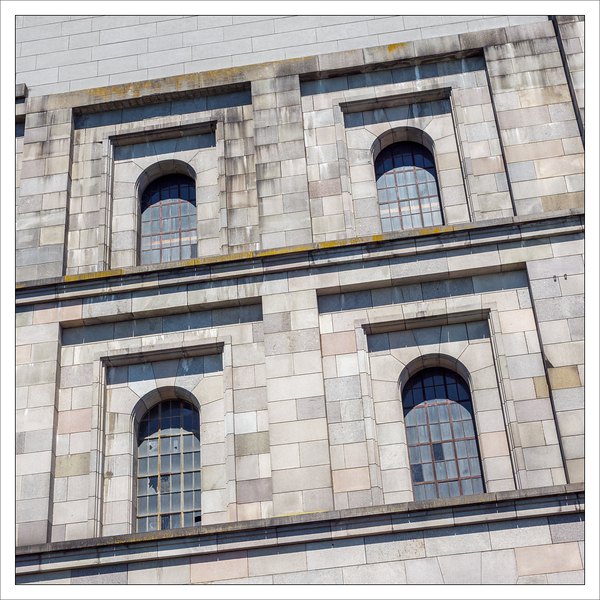 The Congress Hall was never finished. Hardly anything in Nuremberg’s “Reichsparteitagsgelände” was.

The architect, Albert Speer, had the vision of a kind of grandeur that had not been built in centuries. It was meant to symbolize the Thousand Year Reich.

Well, the thousand years lasted only twelve, and Speer’s vision ended up as a set of unfinished ruins.

The City of Nuremberg has tried a few things to come to grips with this unwelcome legacy. First they tried to tear everything down, but after the war and in a time when people so much more needed to rebuild their heavily bombed city, demolition was not practical.

Today the Congress Hall houses a museum, the rest of the buildings is left to slow decay. The vast areas in between are intermittently used as fairgrounds or just as parks.