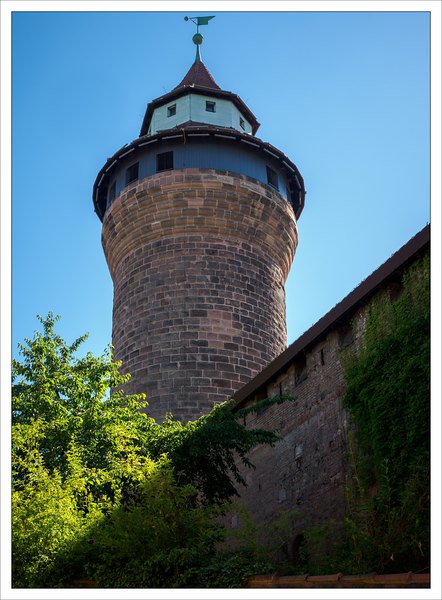 City walls largely have been torn down in Europe. In some cases (like in most of Austria) it was done by the victorious Napoleonic troops, or better, under their command, in other cases the walls were simply in the way of modern city development.

Nuremberg’s walls, like most of the city, were heavily hit in WWII, but instead of demolishing them, they were kept and restored. The result is not always completely satisfying, but by and large the walls are a defining constituent of the city’s look.