4240 - Frauenkirche, Detail from the Portal 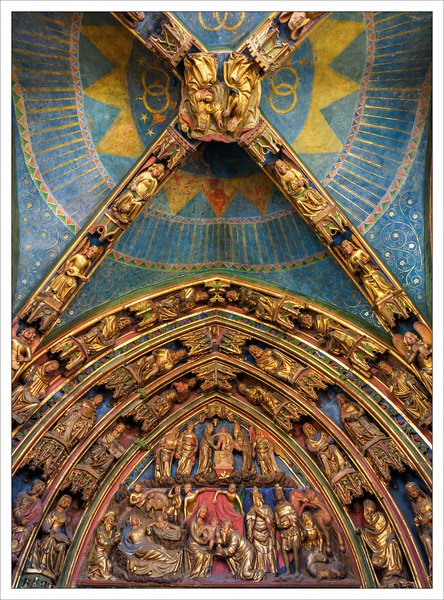 The Frauenkirche (“Church of Our Lady”) is Nuremberg’s main catholic church. The church was built in the grand market, in place of the former Jewish synagogue, which was destroyed during the pogrom of 1349, when the Jews were accused to have brought the first wave of the Bubonic Plague, also known as the Black Death.

It’s only a small step between beauty and horror.