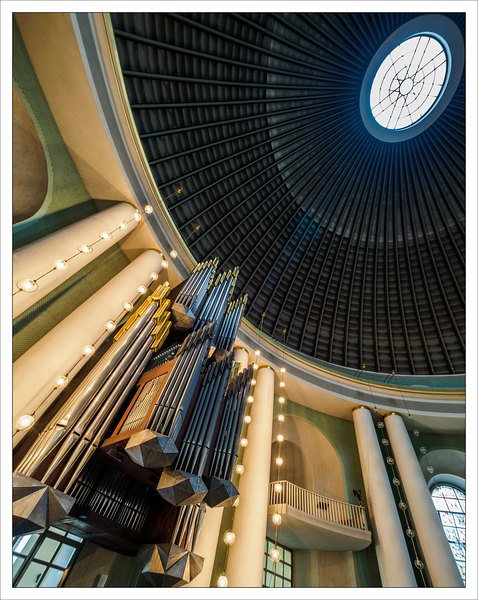 St. Hedwig’s Cathedral is the main Catholic church in Berlin. Of course it fell victim to heavy bombardement like everything else in Berlin.

When reconstruction was executed under GDR rule between 1952 and 1963, a few liberties were taken, but the result is very pleasing indeed.

As to the Image of the Day, I had high hopes for it on Flickr, but instead it was the least viewed and starred image in months. Flickr! I’ll never understand it 😄