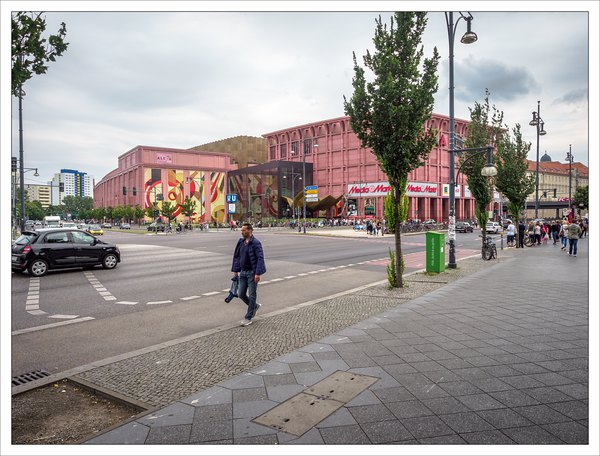 This is pretty much at the same place as yesterday’s image. In the background you see the communist version of a shopping center.

The difference between the two halves of the city is striking. The government district, the museum district, both in the former east, are subject to feverish reconstruction, but as soon as you are east of River Spree, it is as if the fall of the wall had happened only a few years ago. It will be interesting to see how the city develops over the next years, but as it looks now, the neglect of the center of the GDR’s capital can’t be anything but planned.