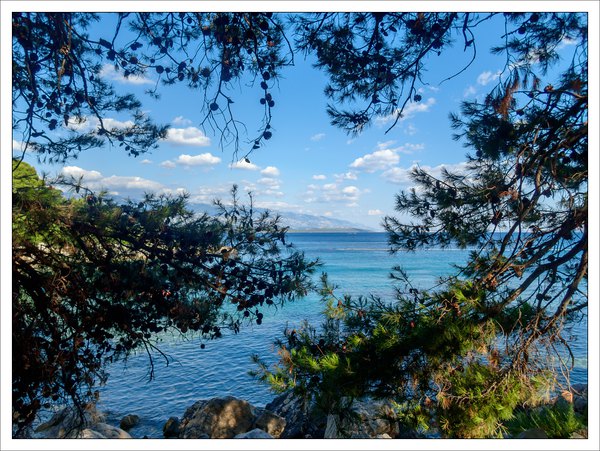 When Olympus released the TG-4, its first rugged compact camera capable of capturing RAW format, I was electrified. I had always wanted a “tough” outdoor camera, especially for snorkeling in Croatia, but once you are used to RAW capture and its advantages in color correction, a camera without RAW format lacks all luster.

I didn’t buy it though. It was was unavailable until after my vacation. I had more luck next year with the TG-5. This is an image from that camera.

The result is actually pretty good. Of course it’s a small-sensor compact camera (the species of cameras that has almost entirely been killed by smart phones), thus I wouldn’t use it in low light, but for its intended use it is an almost perfect camera.

In the mean time I’ve used it for two vacations. It has been immersed in sea water, I’ve used it a few meters (maybe up to 8) below the surface, and I’ve not encountered any problems with sealing. The camera also has a special sea mode, where it, among other things, aggressively corrects colors with very good results.

Other than that, well, it’s a very typical Olympus camera. If you like their menu system (like me), you’ll love it immediately. Everything is where it should be, and for an Olympus user there is no learning curve at all. If you hate their system, then you’ll probably hate this camera too. Still, maybe even then you should overcome your resentments, because just from the specs, this is the best camera in in its class.