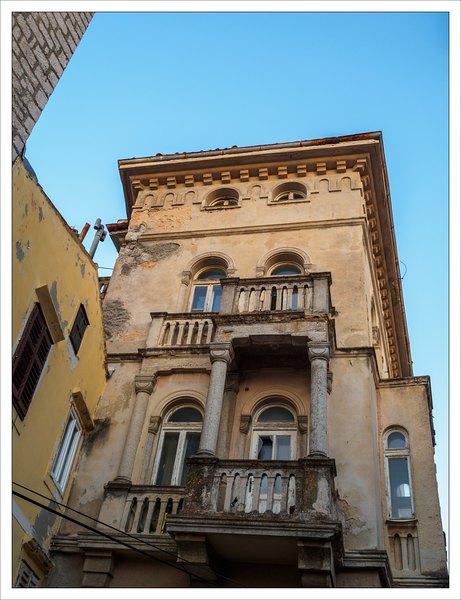 This beautiful old house is right at the end of Srednja ulica, the street starting at the main square with that statue of a bishop. The house looks like there was more money than space in the narrow quarter. Today it still shows neglect, but I don’t doubt that it will renovated soon, ending up as an expensive boutique hotel or something like that.

It seems to be the fate of beautiful places to become tourist-only areas. I just returned from Lago di Garda, near Verona in northern Italy. It’s a beautiful lake and it seems to have largely avoided that kind touristic ossification - in all but its most spectacular spot: Limone. I love the place for its long gone possibilities, but I hate it for its final reality. You’ll see a few pictures of it, but at the current rate it won’t be earlier than in about a year 😃