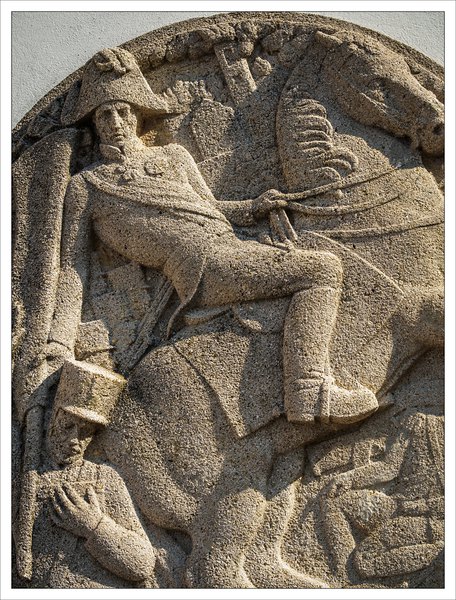 This is a small monument in Aspern. Aspern was the site of one major battle in the Napoleonic Wars. The Austrians had a small victory there, but of course they lost the war. Shortly after, the walls of most of Austria’s fortresses were torn down. Vienna’s magnificent Ringstraße later was built where the inner walls of Vienna had been.

As to heroism, I think the monument shows the situation anyway: wars were fought for the glorification of the Emperor. Soldiers were mere material.

Actually I can think of good reasons why Napoleon might have felt compelled to fight a war against England and the Holy Roman Empire. Napoleon was a shunned upstart and the french people had toppled the Ancien Régime. All those powers around France tried to meddle with french politics and supported a return to the “Natural Holy Order”. England and the Empire were not only natural foes, they were a real danger for the young french state.

But Russia? What business did Napoleon have in Russia? And was it heroic of his soldiers to perish in the russian winter?