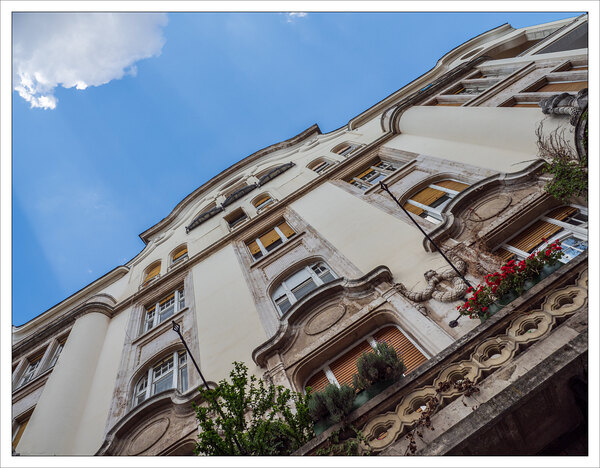 I must have made countless images like this in Vienna.

Is this a tremendously stupid sentence? I guess it is, but: there are definitely more then I bother to ever count.

And: you can clearly see that Austria and Hungary were united during a defining period of the currently still dominating architecture. In their centers, that is.

Outside of the center (and I haven’t been there, I’ve only seen it on Google Maps), Budapest is a city made mostly of small, one-family homes. Budapest is different from all other former communist capitals. Everywhere else you see badly built high-rise buildings. Buapest is different. I don’t know what the reason is, maybe it’s something in the Hungarian national character, maybe it’s the fact that all is flat, but Budapest is a sprawl like otherwise only found in the US.