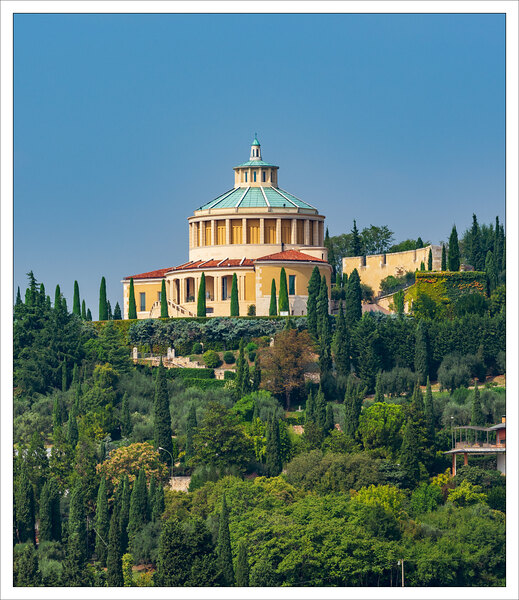 This is the same structure as in the last image, only I’ve used a longer lens. This is the Santuario della Nostra Signora di Lourdes. I have not been there. It’s modern architecture, not outstanding, but I guess next time I’ll pay a visit, if alone for the view.

I’m writing this post on October 31, and when you read it, we may already know how the elections went. This would be in the case of a blue landslide. Biden would be decisively ahead in the morning, and from there on, the outstanding ballots would only increase his lead. Everybody but Trump would concede Biden’s victory. The game would be over.

I don’t think that Trump can win a fair election, but I am sure that he would use the tiniest lead in the morning, to immediately claim victory, and to try to suppress counting further votes. This might not work, but he would try to bring it to “his” Supreme Court, and from there everything could happen. Let’s see. By the time you read this, we might at least have an idea.