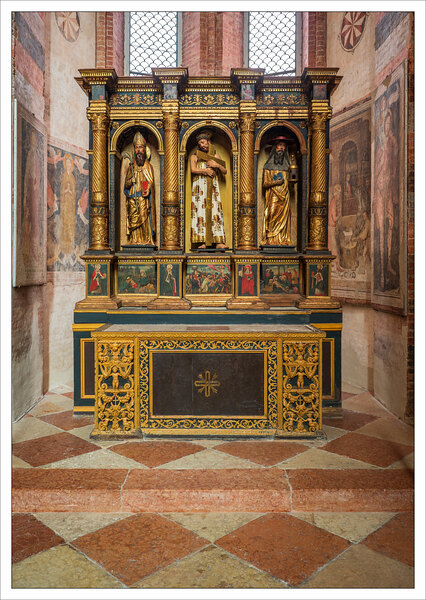 One more side chapel. There are quite a few in this church.

Corona-wise things are scary at the moment. Austria had one of the better responses in Spring, but this fall, like in most of Europe, we failed pretty badly.

We have a strong lockdown again, tentatively scheduled to last until December 7. Actually we will need it. Numbers of new infections are already stagnating, though on a high level.

How bad is it? Peak values for new infections were up to 9.500 before the weekend. They were back to 4.500 on Monday, but Monday is always low. Still, less than half, that would indicate a slowdown. Compared to the US, this is worse. We have 1/40th of the population, thus it’s as if the US had 380.000 per day. This means it’s twice as bad here.

Deaths are still rising and will continue to rise. We are not yet saturating our health system, but we are slightly over 50% of ICUs used. That means no more doubling.