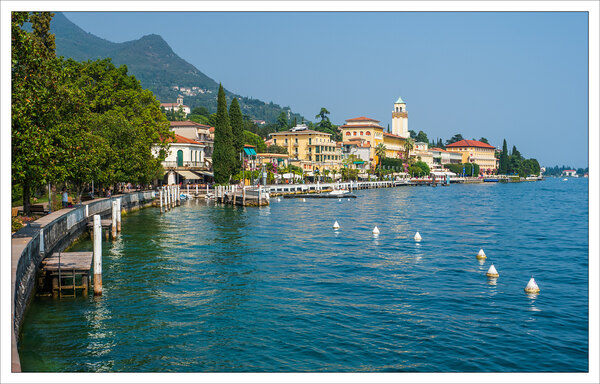 All in all, Gardone is not an especially beautiful place. It’s a narrow strip between lake and hills, cut in two by the busy western lake road. The Grand Hotel in the background looks rather old and a little shabby from closer up. There is also a deserted former minigolf ground about where this image was taken. Gardone has seemingly had better times.