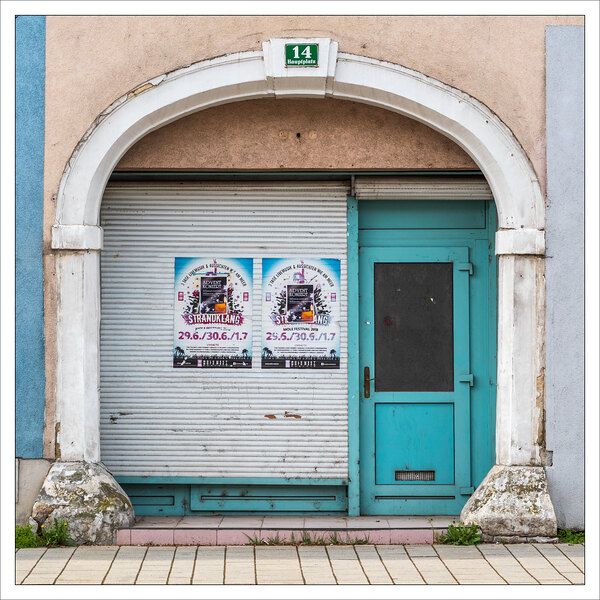 Neusiedl is a town at the northern end of Neusiedlersee, one of Europe’s only two endorheic lakes, the other being Lake Balaton in Hungary,

Neusiedlersee is a border lake between Austria and Hungary, extending north to south. On the Austrian side it is in Burgenland, a small province, that, until the end of World War I, was part of Hungary. It was the most German of the bilingual parts of Hungary.

Neusiedl was just on the way along the lake, high fog was making the light even and bland, so I didn’t even try to find any more photo opportunities. In the hope for clear sky later, I drove on along the lake.