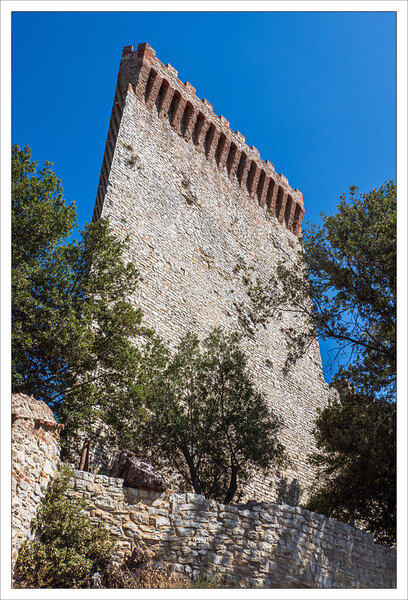 If you wonder about the shape of the tower, no, it’s not perspective distortion, this tower is triangular. It overlooks the northern corner of the pentagonal “Rocca del Leone”, the old fortress.

The old castle is in ruins. Many fortifications in Italy are. It’s a wonder, that anything is intact in Italy.

Unification under the Romans was already the result of devastating wars, and when the empire fell, Rome was the big prize for any marauding army, for any would-be emperor in and around Europe.

Italy became a land of warring city states. Most of them were small dwellings, perching on a hill, fortified with walls, in plain sight of the next “city” on the next hill. There was trade, there was war, there were shifting alliances, and there was constant betrayal.