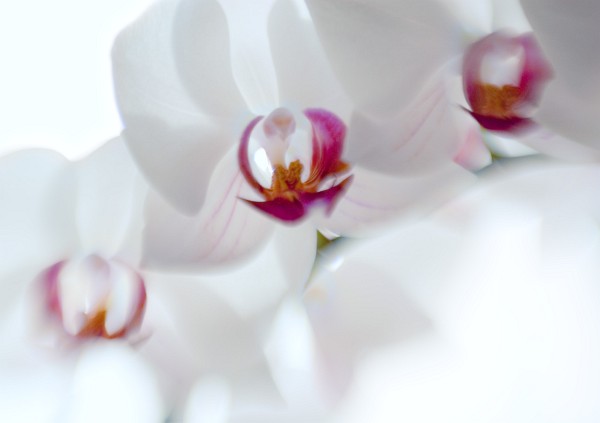 I have spent much time online today and in fact much of last night. There is an interesting discussion on the Radiant Vista, about participation in their forums, and it took me quite some time to wade through it, and later write some critiques and so on. As a consequence, and also because it is a drab day anyway, I was not very much inclined to go out shooting. I went to the kitchen, put this orchid on the window sill, and began shooting with the Lensbaby that is still on the camera from yesterday. I shot against the plain white sky, deliberately going for high key. This is the second of two shots.

Daphne Caruana Galizia writes an interesting column in The Malta Independent Online. Today it is about gender issues in the English language, the dubiety of the Roman Catholic Church’s stanza on cohabitation, violent bird hunters, an archbishop and morale in general. Quite an interesting read how she ties all that together.

There are words that men have difficulty using in English. One of them is "sweet". It is understood to be some sort of code for gender, um, confusion. And yet, without any pjorative overtones, this is a sweet image. I've found high key difficult to manipulate around the frame... or maybe I find it hard to manipulate my way around a high key frame... wuddever.
This image revels in high key, revealing a light place almost devoid of texture. A place where friction probably doesn't occur. Where there's litte residue of tension in the culture. I like that place. It's sweet.