122 - Something is happening here, but you don't know what it is 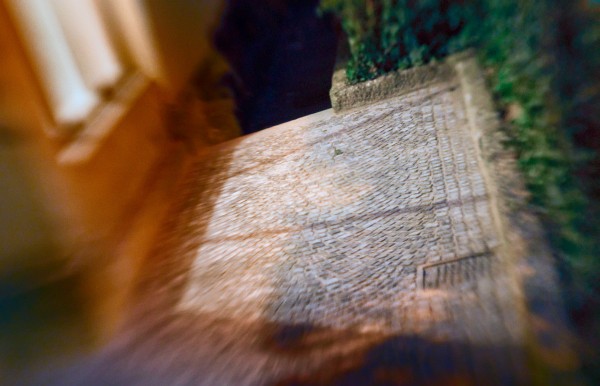 This was the last shot of today, taken at the same place as 115 - Is Hell Finite?.

This can’t be anything but the most ordinary place, but I tell you, it is wicked, it is dangerous. For months nothing happens. It tries to lull me into unawareness. I know, I consciously try to resist, but sooner or later I always fail, if only for a moment. It always seems to notice immediately, and then, somehow it jumps right into my face, goes through the eyes and burns a weird image into my brain. It still sears.

The Guardian has the Story of the Day. It’s depressing. I wonder if they, who indulge in those abominable atrocities, still have an idea of what they fight for. In a way it reminds me of this scene in “Apocalypse Now”, when Captain Willard arrives at a bridge, tries to find out what’s going on, asks one of the fighting American soldiers who their commander is, and that man answers “Not you?”.

By the way, if you have not seen “Apocalypse Now Redux”, it would probably be a good idea to get a copy. It is an extended version that not only expands on some scenes, but adds a whole chapter about the French colonial engagement in Vietnam. This chapter is said to have been cut, because the film premiered in Cannes, and the topic was taboo in France at that time.

The first word that comes to mind is brooding. Followed by Dark, sinister, and enchanting. I'm not sure if this reaction is a result of the title/image or if its more a function of the image itself. And I guess once an image is titled it shouldn't matter. Nevertheless, these are the words that sprang forth.

I am a fan of the lensbaby effects. I like the control you can impart over the focal points within an image. I don't own a proper one, but have used home-made models that give the same kinds of control. (In this image I especailly like the way the focal point of the pavers seems to swirl like a whirlpool.)

Great work. And yes, a very depressing story of the day.