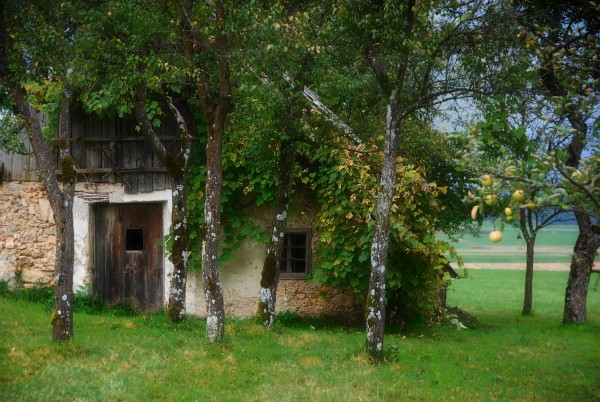 Yup! Summer is over. We had various intensities of rain all day, it’s getting colder now. By the time it stops - which is expected for next week - the lake will have cooled down so much that even I won’t go in any more.

I shot this image in the afternoon, at a time when it just had stopped raining for a while. Again it was the Nikon 18-200 at 80mm, f5, 1/30s and ISO 140. Post-processing was done in Capture NX and Photoshop.

As regards the Song of the Day, it’s by Canadian singer Holly Cole again: “The House Is Haunted by the Echo of Your Last Goodbye” from her 2007 self-titled album. Sorry, neither sound samples nor lyrics are available.

Yes, you have written eleswhere on the idea of, "concurrence" did you call it? I'm fascinated by structures which are economically but not culturally depreciated. My theory is that culture always wins. And since culture is generally driven by emotion, your evocative portraite of this place helps to explain the cultural commitment to its preservation beyond most explanations of productivity. I like the way you've made the argument here.