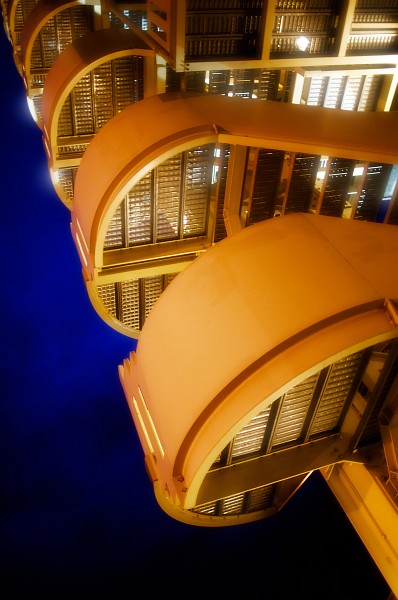 Hello again, I’m safely back from Firenze and my meeting with Ted Byrne. The trip down there was unspectacular, though I would have preferred a little less rain. Actually we had rain for almost the whole drive, with a little sun near Bologna. Anyway, rain stopped shortly before Firenze and from then on, including today’s journey back, we had beautiful weather.

We arrived just in time for dinner with Ted, so I had not much time for shooting on Saturday. This is one of the two images I keep, taken just before dinner, just out of the restaurant Nanamuta where we met, a hotel on the other side of the street.

Dinner was fine and so was finally talking with Ted. If you’re watching his blog, he’s got internet access again and just has begun posting again.

The other keeper is a street scene from after dinner, shadows and light, the last image I shot on Saturday. I had considered wandering around on the nightly streets for a little longer, but decided against it. Ted and I had arranged to meet for sunrise on the corner of Firenze’s cathedral, and I imagined that some sleep would not be completely out of place 🙂

Firenze, one of the centers of Rinascimento, and I come back with a piece of modern architecture? Well, this shall be remedied with Sunday’s image. I have not decided yet, but I guess it will be one of those from the morning session with Ted.

The Song of the Day should probably be one of the pieces on Mina’s new CD “Todavia”. I bought the album on the Italian highway and heard it in the car, but I would not be able to offer you sound samples and none of the tracks would match this image anyway.

Andreas, love the repetition, warm colours against the deep blue sky and the point of view.