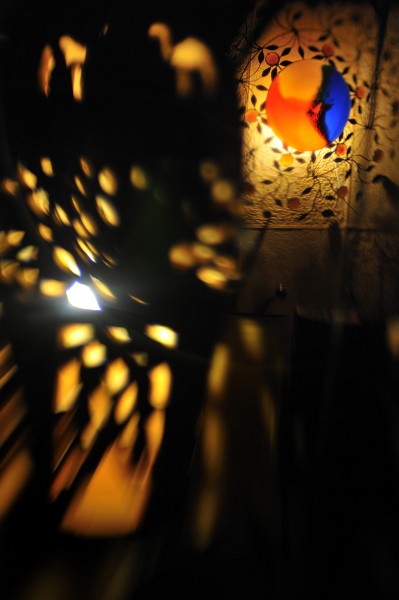 I’m still preparing the images for my show on Thursday. This is REAL work! Matting and framing six images took me hours, and there are still 18 more to go. On the other hand, there is hardly anything that beats a real print. I have printed Super B format (the maximum my printer will do) and left a small white border around the image. On that border I title and sign the image. Then I use a passepartout in one of three colors, dark red, sunflower yellow and medium gray, and on the passepartout I title and sign again, as the other writing is now covered. The art is, to cut the window as precisely as possible, in order to not obscure the image but completly cover the white border. It’s work. Real work. And it looks damn good 🙂

Weather today was like yesterday, i.e. rainy, but I didn’t have time to take photos anyway. I took some halfhearted Lensbaby shots of the rainy landscape down from our garden, but I guess I spare you these.

The Image of the Day is from a shop that I passed by after having arrived in Vienna. Still the Lensbaby, still at f2.0, still twisting like mad 🙂

The Song of the Day is “Voodoo” from Chris Isaak’s 1985 debut album “Silvertone”.