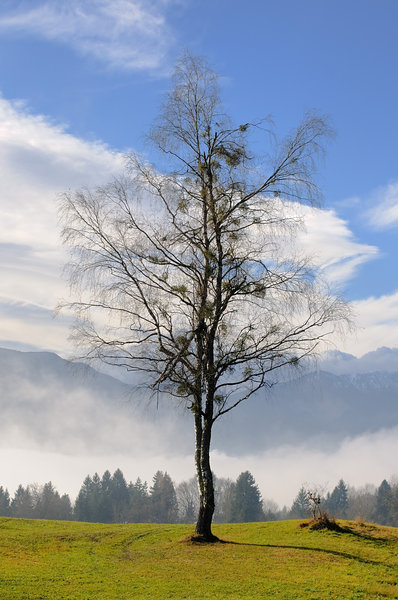 These are Monday images. I’m being held up here in Carinthia, and I even find some time to take pictures. Today’s were all shot in the morning. I had to pick up some letters at the old address, right at the time when the fog cleared.

Nice shoreline, huh? It’s only about a foot high, but it sure looks grown up. This is the bed of one of the countless creeks that come down the border mountains in the south. They are a limestone ridge all along Carinthia’s southern border, rising up only a little more than 2000 meters in their peaks, but due to their geology, they look incredibly impressive. Mittagskogel is one of them.

We had this particular creek quite some time ago in a slightly more realistic view. Its water is clear and icy cold.

A forest with fog just dissipating, that’s an interesting view. I did not have the time to venture forth, this is only one image taken from out of the car (no, not while driving) with the Nikon 18-200 VR at 200mm, but I love this filtered light and the depth that we see due to the remains of fog.

For a change, the image of the day is centered. Martin Gommel over at Kwerfeldein.de recently posted a reminder that centered compositions are by no means forbidden - and he is right. Sometimes it simply works and here it does.

The Song of the Day is “The Magnificent Tree” from the 2000 Hooverphonic album of the same name. Hear an admittedly weak live version on YouTube. Well, probably this kind of music simply ages faster than what I normally hear 🙂

Love the layering effect in this shot, Andreas. The mountains are fantastic, barely discernible within the clouds. Great image.