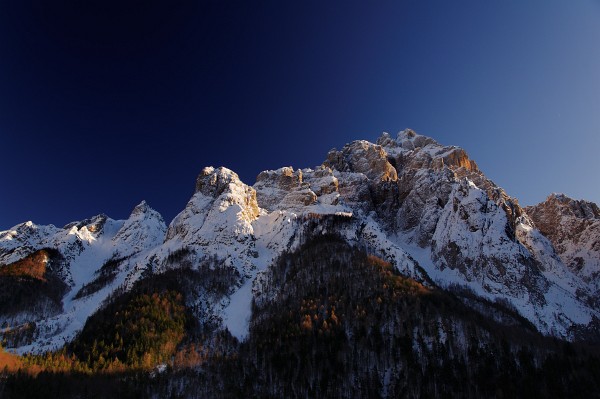 This is the blog entry for December 31, but when you read this, it has been New Year all over the world, thus let me begin with a heartfelt Happy New Year to you all!

This blog is now well in its third year and still running daily, with the images having been shot that very day. It’s a fantastic journey, exhilarating at times, exciting and very satisfying. Your feedback plays an important role in that. I remember times when I wrote practically into the void, and now I see a steady flow of comments. It makes all the difference. Thank you.

Of the things that I’ve learned this year, I’d like to point out only one, and that’s my new found appreciation of the square. This is completely due to the works of two great artists, Ted Byrne, who uses the square sparingly but with perfection (see only his retaliation on the bicycle front), and then of course the great master of the square himself, Mark Hobson, aka “The Landscapist”.

You have seen squares from me in the past, you will see some today, and the image in the following post will be a square as well. I know that, because it’s already post-processed and uploaded to SmugMug. 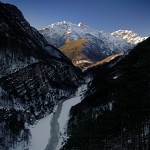 Speaking of SmugMug, along with the fact that this post has so many images, SmugMug is the second reason why I am late today. At the moment they have a hardly acceptable quality of service. There is one scheduled maintenance window per week, that means a short time, normally below half an hour in read-only mode, and I could easily live with that. The problem is, that over the last months they had lots of unscheduled outages.

I know, this is all for good reasons, SmugMug is growing into the video business (Vincent Laforet promoting them), has opened up to RAW storage, and these things have necessitated changes to the whole underlying infrastructure - but still: they are a premium service, they charge a premium, and as their customer I can expect that those things that I use, care about and pay for, work and are available.

Oh well. Sorry for the rant, but I simply have to say it: at the moment I would not recommend SmugMug to anyone doing business with their images. I’ll be the first to announce when the situation has stabilized.

Let’s forget the little annoyances of blogging life, let’s get to what this is all about: the images.

My plan for yesterday was to drive down to Italy again and take a mountain road from Chiusaforte (halfway between A23 exists “Pontebba” and “Carnia/Tolmezzo”) via Sella Nevea and back to Tarvisio. I have not driven the road for 20 years, but I remember some interesting sights.

When I started out at 11:45am, I was a tad late for the trip, because at 3pm I had to be back to Villach, but I started anyway. When I came to Dogna, the first village south of Pontebba, I saw that the road into the valley to the east was open, some 18km of dead-end street, that according to the map looked interesting and would lead me high up the mountains.

I reconsidered my plans and decided to take that road into territory so far unknown to me.

The first three images were made from the same place, already high above the mountain torrent, #1 looking back to Dogna, where I had left the main street, #2 looking into the valley, and #3 a tele shot across the valley onto the bizarre ice formations on those north cliffs that never get direct sunlight at all.

Interestingly enough I found a village after maybe six kilometers, perching in a nice, sunny place high above the valley, and there were even people on the street. Hmm … must be a strange way of living there. I suppose this village is cut off the main street during snowfall, and even if it’s not, the way to the next big supermarket, to the next media shop, to the next post office, to the next school, the next whatever, must be prohibitively long.

The road winds on and on into the valley, following the sunny side, mostly being free of snow, but still, where it winds into the shadow, the street is in parts blank ice.

It’s a funny feeling to drive such a road, when you don’t know how it goes on, when you always have to expect a place where you have to turn your car, and that on a road where places to turn are hardly available at all.

This is definitely waterfall territory, and I expect to return sometime in spring, when the snow is gone and there’s still lots of water. Two or three such places were particularly promising, one of them in the image with the small bridge.

One of the reasons why it’s difficult to takes photos in this valley, is the fact that you can’t choose your light. At least at this time of the year you are forced to do your images at or around noon, because that’s the only time when there is sunlight at all. Forget about golden light, forget about sunset, these are things that happen on the mountain peaks, 500 or 800 meters above you.

For this image I resorted to the D300’s built-in flash. This tunnel with its icicles is actually part of the road, I had to drive through. Gives you another funny feeling 🙂

All the images in this post were shot with the Nikon 18-200 VR and a Hoya Pro1 circular polarizer. You know my mixed feelings about polarizers, an d this time was no exception. The blue of the sky gets slightly pale dark, with more magenta than is actually natural, and in the image of the Day you see well the effect of an unevenly polarized sky. Technically it is a bad image, I should have left off the polarizer, or better bracketed from the tripod, one time with, one time without polarizer, and then mixed the two exposures in Photoshop. Needless to say that I did not. That I have selected exactly this image for the Image of the Day is due to the wonderful effect that the polarizer had on the mountains. 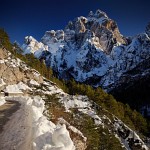 I have converted all images using the DxO Optics Pro Photoshop plugin. Not only that it does a great job in equalizing lens defects (and any super zoom has plenty of them), it also makes opening up the shadows a very easy and controlled process. All images were finally taken to Photoshop, where I did any cloning, saturation adjustments and contrast fine-tuning. If you are new to this blog, you may be interested in my series of posts about experiences with DxO Optics Pro 5.3.

The last image was taken in almost the same place as the first. The sun was just vanishing behind the mountain, and for a moment the trees on the ridge, still bathed in sunlight, were a golden crest, not much different from the typical rim light used in studio portrait photography.

Most probably I should have switched to the Nikon 70-300 VR, but this was really a matter of seconds, thus I held on to the 18-200. That’s another of the problems that you encounter, photographing in such a place: you can’t stop wherever you want, and if you do, you have to hurry. There was not much traffic at all, but still, at one time I stopped for an image, just in the middle of the road, and sure at exactly that time another car came along and interrupted me.

Well, that’s it for this short and unexpected trip. As the weather permits, I will follow my original plan some time this weekend. We’ll see.

The Song of the Day is “Higher Ground”, not the Stevie Wonder composition, no, the song interpreted by Vanessa Williams on her 1994 album “The Sweetest Days”. Amazon has a sound sample, and there is also a video on YouTube, not from her version, but from one by Melissa Manchester.

Love the song " Higher Ground " from Melissa Manchester that you directed on Youtube. Great song from Melissa! Thanks

I wonder whether there is any Photoshop trick that can deal with that color gradient across the sky (from the polarizer on a wide-angle lens)... I mean something nice and simple, not a major surgery such as replacing the sky.

Well, maybe there is something, but I honestly doubt it. I really have tried, and always ended up with uneven color gradients and posterization. I even tried to replace the sky with a gradient, but then I would have had to invest more in the quality of the selection. One probably would not have been able to tell the difference at this size, but - although I rarely print at all - I always process my images for printing. It wouldn't have worked with the effort I was ready to put in.