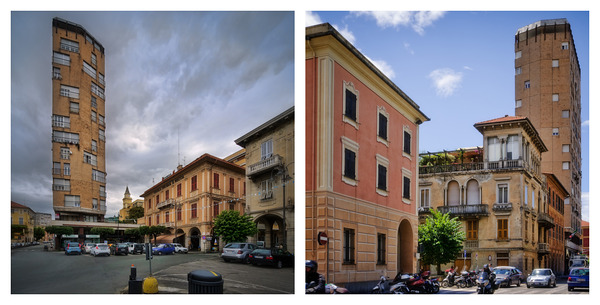 It’s Tuesday night, this is the entry for Monday. It’s the same image as in “1346 - Someday After A While”, processed differently, along with another image of the same house, taken the next day at noon. I suppose I will use these two images together on a spread, and while the first one was always meant to be on the title page, I think the second would be nice for the back cover.

Hmm … well, maybe it’s a bit premature to talk about covers, as long as I don’t have an idea what to put in between 😄

Have you ever searched Amazon’s MP3 search for “Both Sides Now”? Can you believe this? This Joni Mitchell song may easily be the most covered song of all times, and if it is not, it can’t fall short 🙂

The Song of the Day is a version from the 2003 album “Undercovers” by Maria João and Mário Laginha. Hear it on YouTube.