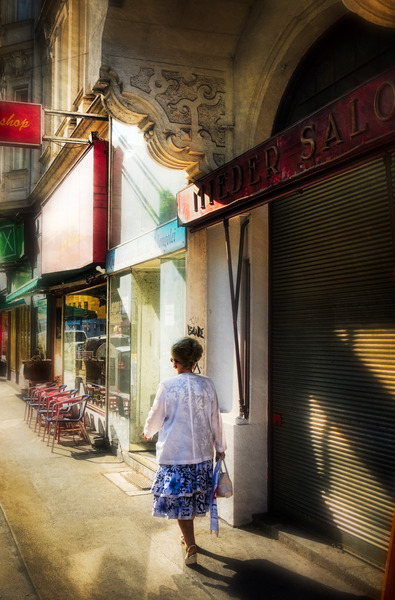 Remember my little riddle from Sunday, when in “1380 - I May Be Wrong” I suggested that my post-processing of that image from Rapallo had broken the laws of physics?

And that’s correct. While post-processing, when I looked at the image, I had the feeling, that a little more sun would be beneficial. I used a masked Exposure adjustment layer, and with a soft brush I faked a sun behind the lamp post. I was prepared to remove it, I just wanted to see how it looks, but surprisingly it fit the mood and looked not even that wrong, so I kept it. Judging by your reactions, I may have been right.

Today’s image, for a change, is an image of, well, today. Like with most images of the last weeks, post-processing is on the heavy side, making use of Topaz Adjust 4 among many other weapons. In total this image is a 24 layer affair.

Strange: sometimes I have at least as much fun in Photoshop as I have photographing. Now is such a time 🙂

The Song of the Day is “One Day Goodbye Will Be Farewell” from Morrissey’s 2009 album “Years Of Refusal”. Hear it on YouTube.