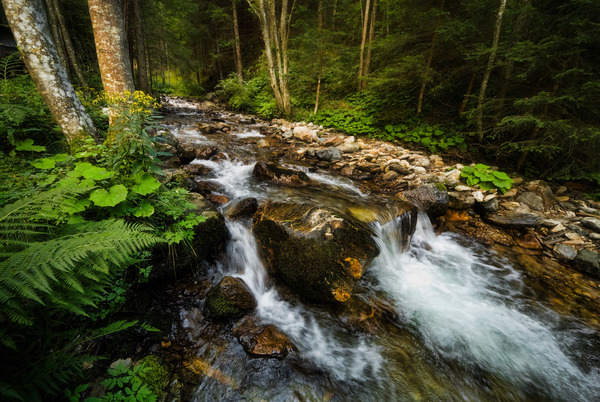 Though I made some images today, there was nothing that I’d prefer over this second image of yesterday’s trip. It’s exactly the same place, a slightly different point of view.

The Song of the Day is “One More Time” from the 1977 Lynyrd Skynyrd album “Street Survivors”. Cover and title of the album have a slightly morbid taste, taking into account that three days after the album’s release three people on that cover had died in a plane crash, and most of the others were severely injured. YouTube has the song.

Both photographs are impressive, catching the flow of water in an intriguing way. You almost hear the water...