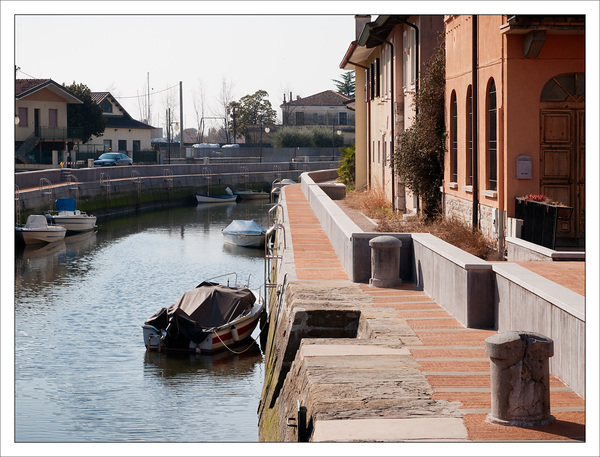 Here are two more images from Aquileia, down in sweet Italy, It’s not far from home and it’s almost by the sea. 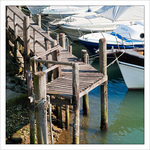 In fact once, in Roman times, it was, but since then the big northern Italian river, the Po, has deposited enough sand to cut Aquileia off. There’s still a yacht harbor though, connected with the Mediterranean by canals.

Yesterday’s trip to Aquileia was my first outing with the complete kit, consisting of the Olympus E-P2, the 14/2.5, 20/1.7, 45/1.8 and the 40-150. I’ve bought a small Sony shoulder bag that can take all five pieces, at least as long as I have one of the pancakes mounted and the EVF taken off. Pretty convenient, about 1 kg of weight and no size.

On that short trip I have made use of all four lenses, at least one of the images taken with the 14/2.8 will follow soon.

The Song of the Day is “The Canals Of Our City” from the 2006 Beirut album “Gulag Orkestar”. Amazing how well this music fits into an Italian setting. Hear it on YouTube.

That is something I miss about living in Europe, a relatively short trip and you're in another country immersed in a different culture. Without a boat or a plane that simply can't happen in Australia and a 3000km road trip will probably score you the same scenery much of the way.

Not everywhere is it so spectacular. Thrice the time to the north wouldn't have changed much. I'd have been somewhere in mid-Germany, with more or less the same language, culture and even landscape. Four hours towards east is probably more interesting, because then you are in the great plains of Hungary. What really makes a difference, that is the sea, and of course that is Italy and its ancient and continuous culture.