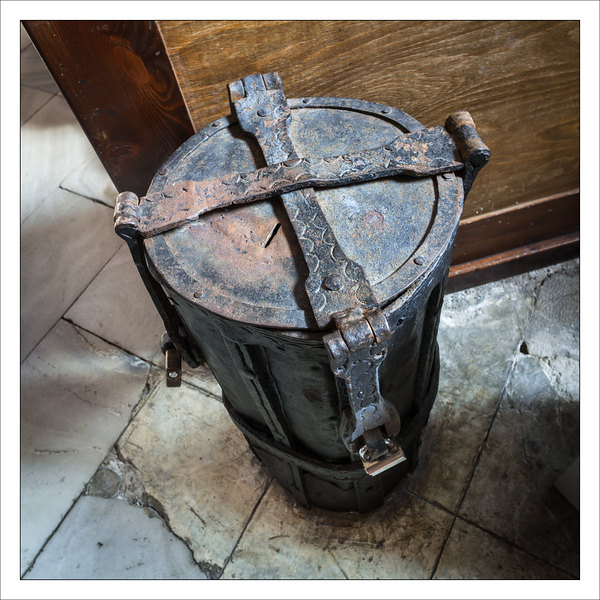 I’ve already used this title. It’s been more than 1000 posts ago. Am I excused?

Well, it just happens. I have a big number of songs in my library, but not all of them make good image titles. Many don’t.

In this case the title comes from the fact that this is a so-called “Opferstock”, a container in a church that is meant as a receptacle for offerings.

Today’s image has been taken with my new (as in “arrived today”) Olympus 12/2.0. There’s not much to write about this lens. It’s good, it’s better than the Panasonic 14/2.5, it is less prone to ghosting and flares, it is incredibly sharp, even wide open, in other words, it is exactly as advertised. And it’s a beautiful object, made of metal, still light.

I also have a new camera bag (one lens more) and my OM-D now runs on firmware 1.5. Remember everybody complaining about the OM-D’s noise (from image stabilization)? Well, there was not much else to complain, and even less so now: the noise is gone 🙂

The Song of the Day is “Money Changes Everything”, and of course it’s the acoustic version from Cyndi Lauper’s 2005 album “The Body Acoustic”. See the official video on YouTube.