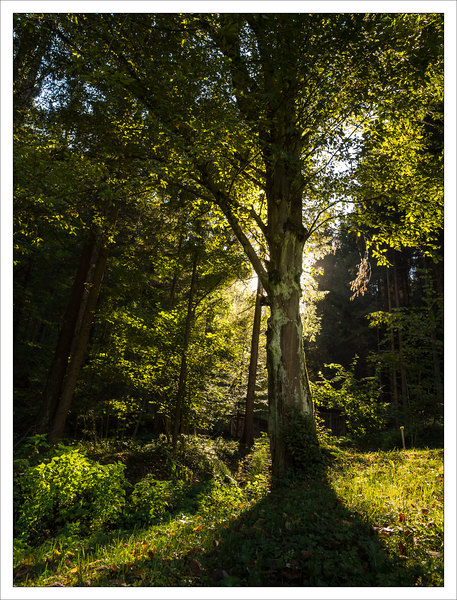 Or maybe you do, in reality only you can tell. But consider carefully what you wish for. Let me explain:

We see a wave of new 35x24 mm DSLRs, either already available or just having been announced. With the D800/800E Nikon has shifted their semi-professional FX line more towards the professional range, the new D600 is aggressively priced compared to the D700 (but still not entirely affordable), Canon keeps making variants of their pro 1D model for different purposes and has refreshed the 5D line, seemingly having produced a camera that has fully caught up to Nikon’s offerings in that range feature-wise (even if not in resolution), and they also bring out an “entry level” 35x24 mm DSLR to compete with Nikon’s D600. 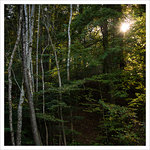 Sony has re-entered the market with the A99, and they even announced a very strange ultra-high-end compact camera, the RX-1. And of course there is Leica.

Is this the time to go “full frame”?

My experience with the Panasonic LX5 was a revelation. For the first time in years I realized how small a camera can be and how enabling that is. Live view, real live view, not the travesty that it was in the D300, was the other important improvement. Kirk Tuck calls it the “stinky diaper hold”, but shooting while looking at the back of a camera from pretty far away, helps you take images from angles that you wouldn’t have been able to while looking through a viewfinder, given that the camera is light, holding it does not tire you, and image stabilization is available. The LX5 has all that, an articulated LCD would have helped even more.

Admittedly out of necessity, the LX5 made an end to my obsession with shallow DOF. First I just didn’t miss it, and after a while I began to see the DOF advantage of smaller sensors.

If you want to, you can still get bokeh, just by getting closer to your subject. Don’t get me wrong, I don’t even try to compare that to what is possible on m4/3, APS-C, 35 mm or on even bigger sensors. I don’t, it would be entirely ridiculous, but nevertheless bokeh is possible and the lust for it can be satisfied even with an LX5, and more so with an LX7. In all other cases you can shoot wide open or almost wide open and get DOF for free. That makes up for a lot of the high-ISO advantage of DSLRs.

Micro Four Thirds sits in the middle. The OM-D is bigger and heavier than the LX5, no doubt, but it is very much smaller and lighter than a D300, a camera of otherwise largely comparable qualities. Contrary to APS-C sized Compact System Cameras like the Sony NEX line and the Samsung, Fujifilm or Pentax solutions, this also extends to lenses, and that is important.

I’ve shown you my new bag yesterday. It’s bigger than the old bag, but in a less crammed style it packs a camera capable of professional work (as mostly everyone agrees) and five lenses, four of them fast primes. The total weight, bag included, is 1.75 kg.

You can’t do that with mirrorless cameras using APS-C format sensors. Yes, a Sony NEX is small, a NEX-5N even incredibly so, but the lenses are unproportionally big, the cameras are front-heavy and feel unbalanced, and as you collect lenses, the total weight advantage is diminishing.

Thus for me, Micro Four Thirds is the perfect compromise. I may be tempted by 35 mm, but certainly not by a DSLR. Never again. A NEX 9 (or whatever) with electronic viewfinder and stabilized sensor could probably tempt me, even the Sony RX-1, the 35 mm compact camera tempts me to a degree, though I probably would prefer a 50/1.8 lens to the 35/2.0. But anyway, the camera is still much to expensive. 1500 € for a body taking interchangeable lenses, one fast prime included, sensor stabilization, articulated LCD and NEX 7-style built-in EVF. That would be it.

Sony could build such a camera right now, although they probably couldn’t sell it for that price. I’m confident they can next year, and if not next then certainly the year after that. That is a camera I would buy. Not as a main camera, this would still be an OM-D, but definitely as a tool to do shallow DOF photography. Let’s see if they are willing to go that route. Chances are not bad.

The Song of the Day is the Thelonious Monk composition “Well, You Needn’t”. Hear it on YouTube.

I totally agree with you. I sold my Canon 5D MkII and a raft of L lenses this last summer and replaced it with an OM-D and some nice lenses. I haven't looked back once, no angst, no regrets and nothing missed. In fact, not only is it physically liberating, it has helped my productivity too. It's a funny thing really, I started out with an Olympus 35RD then a Minolta X700, went through medium and large format phases and to full frame digital. I find what to do today with a little compact and my Olympus to be FAR more satisfying than what I ever did before.

Good one. My brother is thinking about a cheap DSLR, but I'll point him to this one. IMHO, a Pen is better (tho not necessarily cheaper if you also consider the EVF). With the 14, 20, and 45mm we have all the lenses I'd ever need for about 99% of what I do. Sometimes even a kit zoom is good enough.

Couldn't agree more. My current camera (a Sony A700 dSLR) is my last "big" camera I'll own. When it stops working I'll be getting something smaller, 4/3rd or maybe even just point&shoot. In fact I might just end up with a… gasp… phone camera. Ok, that might be going too far. Maybe. Your last statement about Canon and Nikon, now that will be interesting to see how that pans out. I suspect you could be right.