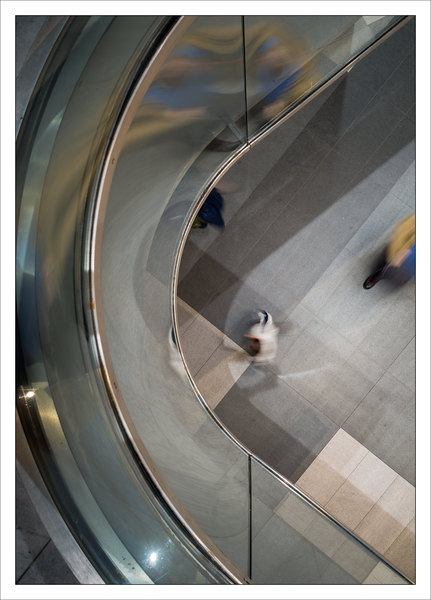 Another good idea for what to do on a rainy or foggy day is taking images in shopping centers. It does not need to rain though.

It suffices that you are there anyway, for instance because in a sudden burst of inspiration it became obvious to you that a resolution of 1920x1200 is not enough and that TN panels just don’t cut it.

Sure, such inspirations may later lead to inquisitive questioning and long discussions, but … sometimes there’s no way around that 😄

The Song of the Day is “Whirl Away” from Patti Smith’ 1997 album “Peace and Noise”. Hear it on YouTube.

So now that you have a great monitor you discover that your camera/lens/... just doesn't cut it. The same thing that happens with high-end audio equipment: first you buy good headphones and realize that the loudspeakers you have are not that good, and get new ones; then you realize that the amplifier/digital cables/... need an upgrade as well. I sense several new chapters in this story. ;-) Anyway, Happy New Year to You!