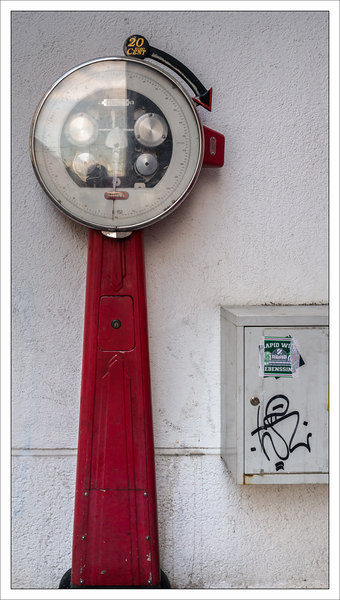 maybe there is a way of finding a kind of balance between those who spy from the position of power and those who try to live their life in freedom, if people are aware of the danger of technology. But technology is such an abstract thing that it doesn’t easily generate such passion as to make it necessary to change how things are, except perhaps through an individual case in which power has been misused and where you can identify with the victim(s). And thus the capability of people in power to hide information of how they (mis)use power is something to think about. Or vice versa, the capability of ordinary people to reveal how they have been mistreated.

Well, I doubt it. I think no balance is possible, because the very business of spying calls for secrecy, and secrecy is maybe the most powerful enabler of corruption.

So, let’s assume Barack Obama believes his own stories (and I seriously doubt it, but let’s just assume it for a moment), then we still have a powerful organization, capable of spying on everyone, that by definition must operate in total secrecy. If we believe the US (or any) government, there is strict congressional (parliamentary) oversight, but whoever gets to oversee how things get done, is required to keep all findings secret. Thus, even if something unconstitutional were found, even if laws had been broken, nothing would be allowed to be brought to the attention of the general public.

You see the problem? The only power that parliamentary organs could possibly have to effectively control secret services, is the power to take away the shroud of secrecy, where secrecy has been abused for purposes not intended by the law. Without being able to do so, these controlling organs are not controlling at all. You have an almost almighty organization, run by normal people with all the usual egoism, all the usual vices, prone to all the usual corruption, and they are essentially free to abuse their powers, without having to fear punishment. It can’t happen, because it must not happen, because covering them up is the only way a secret services can deal with mistakes. It’s in their DNA.

Now, how many people work for the NSA? How many for the FBI? The CIA? All the other agencies that may have more or less access to my browsing history and your banking data? Wikipedia quotes 40.000 employees for the NSA alone. Do you expect all of them to be honest? Nobody to be under pressure financially? Nobody a target of blackmail? Nobody under emotional stress for having been left by a lover? Nobody who would possibly come to the conclusion, that the risk-free exercise of power could help gathering money or discredit a rival? Really? Nobody?

You can’t balance a system where one part is defined to be undefined for anybody but those who are inside. It’s not possible.

Guardian has a thoughtful article about privacy vs. secrecy, and I do agree with the taint of corruption, it is unavoidable if there is no control to spying.

Unfortunately I do share your pessimism on that subject. As long as stupid nationalism (and even the more stupid distinction in we/good and others/evil) rules, there won't be a positive development, but an unholy mixture of pretended national and private monetarian interests tittytaining the majority while disenfranchising those that don't fit in the pattern of a still active thinking of racial/religious superiority.

It is also interesting to have a look at the discussion about NSA on sites dominated by people from the USA, it seems that the democrat vs. republican divide is mudding waters, and the real question of the right to privacy is lost in the debate. And sometimes it seems that they also forget the fact that there is life - not to speak of intelligent life - outside of USA.

Well, divide and rule was always a good strategy, Juha!