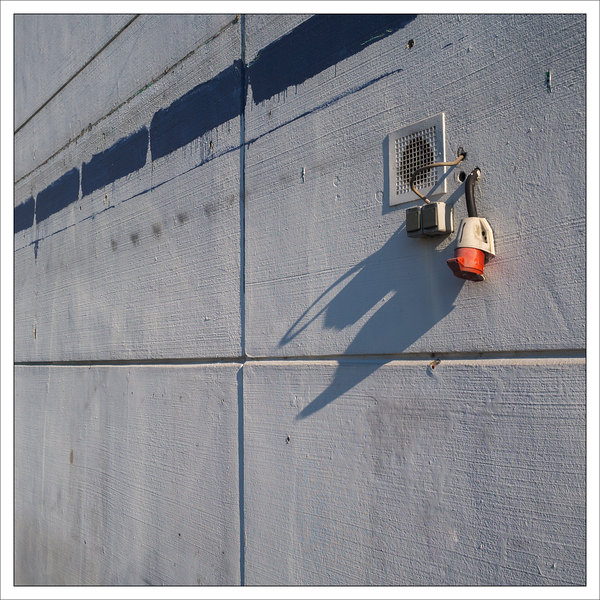 My friend Ted Byrne commented twice on “2459 – Everybody Pays”. In the first comment he rightly questioned my choice of images. Yes Ted, the image of the two mannequins hanging outside of a shop is better than the rather boring door with the credit card signs. I could easily have talked about credit cards without sacrificing the better image. I plead guilty 🙂

Ted’s second comment was about the political rant that went with the images. There are a lot of interesting points in it, therefore I’ll quote it entirely:

OH … as to your AmeriKa the assholes rant. Well … guess you’re right. Interesting that the darling of the European Left … Nobel-Lauriate Obama, is little better than our dismal George Bush (both of ‘em) in protecting anyone from the We-Can-Do-It-So-Why-Not? psychosis of Big Government hubris. All of these characters seem to believe that as long as they are in the saddle that they can control the rampaging beast to ride the path of goodness as they imagine it. Of course they can’t, won’t, and don’t. And when we discover that our George Bush or Barack Obama’s are either fools or knaves … we become just a hair more cynical. Pity … Because cynics are the easiest for the beast to corral and herd. What we must become are skeptics. Cynics ignore facts, skeptics navigate by them. Which is why emotional arguments rule cynics, while the skeptics are fueled by the rational. We need more Spocks and fewer James T. Kirks. Not just here in America BTW… Just as you appear to feel pity for America, I gotta’ admit that there’s a lot to go around for the populations of most of the EU as well. Sigh …

Let me begin with something important: This is not Anti-American. My attitude may sometimes come across like that, but again, I have no problem with Americans. I have good friends in the USA, people whom I like, respect and completely trust. I don’t trust their government though. But note please that it is not anti-US-government either. It is just anti-government. There is no government in the world that I trust any more, my own included. If there was anything to be learned from recent events, then it is this: Though we need governments, they can’t be trusted.

Obama? A tragic figure, a man who got the Nobel Prize not for what he was or what he did, but only for being successor to the most incompetent president of the US in more than a century. We desperately wanted to like him, and he even may have meant the things he said. If so, he must have fallen in a deep depression over having failed so entirely. Sure, the Republicans did their best to keep him from everything that could look like a success, even if it meant the worst for their country, but at least he could have put up resistance. There was, for example, no reason to announce the protection of whistleblowers and then to just cynically call them traitors, in order to not have to deliver. It’s disgusting. This is of course just one point, many more could be made.

Now, if we can’t trust governments and if we still need them to do all the jobs that we don’t want to do or can’t do as individuals, what are we supposed to do?

Or is it really in our best interest that they spy after us? That THEY don’t trust US? Can we be trusted? Can I? Can you?

Turns out we can’t be trusted either. I know a lot of people who are well off and still rig the system, avoid paying taxes, in general don’t give a damn about the common good and always take without ever giving.

In a way it’s even understandable. We are individuals with a short life span and an insatiable hunger for happiness. Of course everyone tries to get the best out of that short life, and it’s the very nature of the best to be limited.

If you can’t even trust individuals, how should organizations like governments be any better?

Fortunately they can. It only needs a set of firm rules, a shared ethos, and most of all it needs transparency.

Spying on people is kind of enforced transparency - and in a way it works. We only need to make it work the other way round as well.

Naive? Maybe, but imagine a constitution that expressly forbids secret contracts. At the moment, even in countries that have “Freedom of Information” laws (Austria’s political parties just failed spectacularly in enacting one), it is easy for governments to evade their responsibilities by using contracts and even copyright to keep secret what they want to hide. Imagine a constitution that expressly forbids governments to keep any secrets at all.

But … how could we effectively conduct diplomacy, you ask? Diplomacy? You mean the kind of diplomacy where fates are decided behind locked doors? Well, if it’s dangerous for the outcome if it gets known by the public, then the outcome would most likely not be to the advantage of the public at all. Good riddance, diplomacy!

But … what about the Russians (Chinese, Iranians, …)? We surely must have secrets from them, right?

Wrong. If we do things that the people of other nations must not know, we’d much better don’t do them at all. It’s a small planet and it gets smaller by the day. There’s no reason to work against each other, and in reality we can’t even afford it as a species.

Protect us from violence? That’s indeed a good one. In a world where wars are fought (though even the ones we fight are fought mostly for questionable purposes), it may be necessary to keep armed forces and to protect them by some secrecy. To a certain extent this may be tolerable. You won’t tell your enemy what your weak points are, but instead of spanning up a cover of total secrecy, you can be open about not telling some things. Every bit more secrecy is perhaps for dishonest purposes anyway.

Skeptic. Yeah. How about that recent TED talk by Eric X. Li, “A tale of two political systems”? If you haven’t seen it, head over and invest 20 minutes of your precious time. It may make you wonder as it made me. If it’s true, it is probably a good example of a nation guided by a shared ethos. We may not be able to make it work globally (and we may not even want to for various reasons), but it may still inspire us.

And, yes, it’s so much easier to become a cynic then a skeptic. Being a cynic allows you to simply shrug off. That’s much more convenient, especially for those on the winning side 🙂

The Song of the Day is “No Connection” from Sophie B. Hawkins’ 1999 album “Timbre”. Hear it on YouTube.

[...] Back to my bad habits? Hopefully not, but yes, yesterday I had used up all my scheduled posts and failed to write a few more. On the plus side, it gave me the opportunity to immediately react to Ted’s comments. [...]

Andreas, thanks for writing clearly on how you feel about governments and transparency. For me it is becoming more and more apparent that significant new problems in the so-called digital era arise from (political or any other) speech getting increasingly detached from reality, either by intention or by inability to understand how things work. Of course this getting-detached-from-reality aspect of (political) speech has existed as long as politics has existed, as demonstrated by the classic (e.g., Greek and Roman) art of getting people do what you want them to do via rhetoric. But in the current digitalized reality the ability to understand how (digital) things work is not easy to gain, and if citizens are uneducated, then they can be made to agree to things which can be extremely harmful to the society and to the people, with global implications. But is it possible to teach (at least to the young people) thinking which can tackle issues of a rather novel type, never before faced in the history of mankind? I hope so, but I also fear that our society is becoming too much pleasure-seeking, too much geared to individual success stories to care about the "big picture" or questions such as "who has the real power in the digital world".

"Obama? A tragic figure, a man who got the Nobel Prize not for what he was or what he did, but only for being successor to the most incompetent president of the US in more than a century." Not the most intelligent post, but then, you're not exactly the sharpest pencil in the box, eh? Just try to keep making decent images... That's a speed you can realistically aspire to. No?

Did I get that wrong with the century? More? Enlighten me 😄 😄 😄

The topic of "the sharpest pencil" got me thinking... EU just put out a press release pondering the future of higher education, containing this: "Overall, the number of higher education students in the world is expected to quadruple, from around 100 million in 2000 to 400 million in 2030, with particularly strong growth in Asia and Latin America." When countries in Asia, Latin America etc. are pushing for higher education, that means that these countries are going to attract talent, and what happens then to countries such as USA, where the education system is struggling or even failing? If a country becomes a nation of incompetents, what is there left to do? Also, I just read the book Jennifer Government, which originally appeared in 2003, and a rather sharp tale it was. Here is a quote from Wikipedia: "The novel is set in a dystopian alternate reality in which most nations (now controlled by the United States) are dominated by for-profit corporate entities while the government's political power is extremely limited." The plot is rather hilarious: "Hack, a low level employee at Nike, is contracted by one of his higher ups, John Nike, Vice President of Guerrilla Marketing, for an ambitious marketing campaign. The company is planning to release the new Nike Mercurys […] and in order to drum up interest in the items, John Nike plans to increase "street cred" […] by having Hack kill people who try to buy them. Hack, bound by his contract but unable to contemplate murder on his own, subcontracts to the Police, now a mercenary organization […]" Well, if we combine these two things, the lack of motivation for getting education, and a libertarian approach to the government, we can envision a future where a country tries to maintain its power by any means available, joining forces with huge private enterprises, spying on all the other nations (and foreign enterprises), while being criticized increasingly hard, losing credibility, and thus ending in a spiral of doom, lacking any way out of the increasingly bad situation.