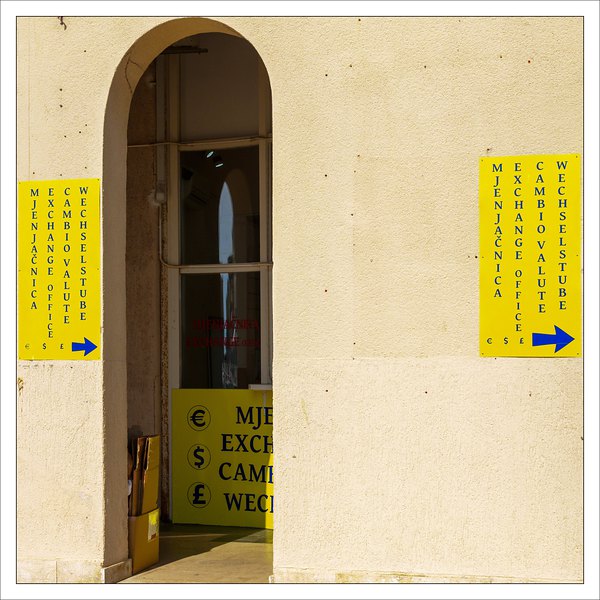 Croatia doesn’t have the Euro yet. With all the anti-EU propaganda around, it is not yet clear if they’ll ever get it.

I sure wish they would do though, and along the way they should also become a member of the Schengen treaty. Both would make travelling so much easier.

The second image is of a tourist boat in Rovinj’s harbor. It’s not a particularly good image, but it’s cute and gives a nice color contrast to the Image of the Day.