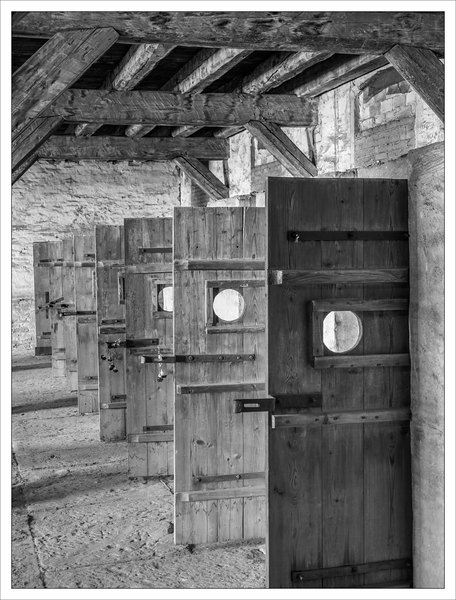 There is just one room left with the remains of former cells. This is the room.

The cells are dark and small. Each of them held six people. It looks pretty much as the cells in Auschwitz. It’s a nasty architecture designed to systematically hurt and break people.

The Risiera was one of the places where Odilo Globocnik reigned with terror. Historian Michael Allen described him as “the vilest individual in the vilest organization ever known”. It doesn’t exactly make me proud that Globocnik, born here in Trieste, at the age of 15 moved to Klagenfurt, my home town in Carinthia, where he was socialized and from where he joined the Nazis.